On the streets of New Orleans, word begins to spread about a mysterious new pill that unlocks superpowers unique to each user. The catch: You don’t know what will happen until you take it. While some develop bulletproof skin, invisibility, and super strength, others exhibit a deadlier reaction. But when the pill escalates crime within the city to dangerous levels, a local cop (Joseph Gordon-Levitt) teams with a teenage dealer (Dominique Fishback) and a former soldier fueled by a secret vendetta (Jamie Foxx) to fight power with power and risk taking the pill in order to track down and stop the group responsible for creating it.

With the rise of superpowered beings leading the charge in today’s entertainment industry, one might believe that stories about enhanced individuals running amock in inner-city streets are getting tired, old, and stale. Netflix’s latest release, Project Power, does not have that problem. With a stellar cast to get behind, it is a refreshing look at the great experience creative minds in writing rooms and directors’ chairs can provide.

Set in New Orleans, a new drug titled “POWER” is running rampant and out of control! If it falls into the wrong hands, who knows what the overall endgame will be. What is Power exactly? It’s a flashy pill capsule, and when taken it gives you power! Or at least power for 5 minutes, ranging from super speed, bulletproof skin, invisibility, and so much more. That 5 minutes is plenty of time to change the stakes of any confrontation. The catch is you don’t know what power will emerge once you take the pill, as it’s different for every user. What makes it worse is some side effects may be fatal if your body can’t adapt to the pressure. So is your life worth risking to feel like a god for just a few minutes? That is one of the questions the film asks you as a viewer. 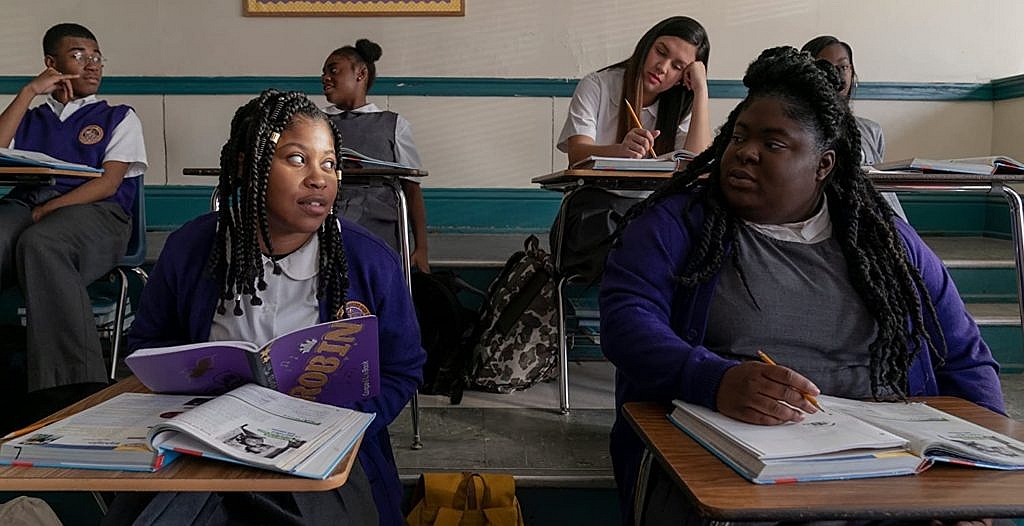 Centered around Robin (Dominique Fishback,) a young lady just trying to survive in her current climate, she eventually teams up with Frank (Joseph Gordon-Levitt) and an ex-soldier named Art (Jamie Foxx) as they try to find who is responsible for creating the drug. While the latter actors have been in the game of Hollywood for quite some time, the newcomer, Fishback, has her place to shine bright as well. Her character was a delight on screen, as her chemistry was totally in sync with the rest of the cast. She was sweet, honest, and caring; and this showed in her performance as she delivered each line. There’s a slight mystery that challenges you to figure out who is safe to trust, and it isn’t given away too early in the film. However, Robin is layered. There’s much more to her role than what’s on the surface. She has a struggle that I can personally relate to, which made her stand out more than just another generic carbon cutout of what audiences have seen time and time again.

Another standout in the film is the soundtrack. It is a true headbanger that helps set the tone of each set and transitions smoothly from one scene to another. It’s easily a musical melody that can be enjoyed throughout the film, or blasting in your ear as you’re flying down the highway or getting an intense workout at the gym.

Though we cannot forget about what we’re all here for, and that’s to know whether the powers are cool looking. Are they used to the best of their ability throughout the story? The answer is yes, and is quite clearly one of the better aspects of the film. The way the sequences were shot is the true standout, as it is unique in the perspective it gives you while you’re watching.

On top of all that I had no idea how all the sequences of events were going to turn out. It was a never-ending guessing game that I couldn’t solve. And while all these things are great, unfortunately, that strength isn’t held together throughout the entire duration of the film. Excessive monologuing and exposition dumps always rub me the wrong way, and I can never see a real conversation like that actually happening. Also while the first and second half were great with pacing that’s as smooth as butter, the third act was a bit anticlimactic and completely unrealistic. Now you may be saying, “The whole plot of the film is unrealistic. So what are you talking about?” When you have a science fiction film just create the rules to your own universe and stick to them. This was accomplished easily in my opinion. However, when a regular civilian can infiltrate a heavily guarded arm facility with no detection, it does create moments of pause. Topped with a weak enemy villain towards the end, and everything being so convenient, the film just doesn’t stick the landing it had potential for.

Though with all that Project Power is still an upbeat, fun, rocking adventure with characters you love. The display of powers was cool looking on-screen, it contained characters you rooted for, and overall left you satisfied with much more room to grow for more. There was even a moment of motivation that rose like the sun between Art and Robin that gives me hope for the future. Its lines of dialogue were such that it will encourage anyone to always strive to be the best versions of themselves even when the chips are stacked against you.

DAWN OF THE PLANET OF THE APES Review