<p class=”grey_bg”> Led by a warrior named Andy (Charlize Theron), a covert group of tight-knit mercenaries with a mysterious inability to die have fought to protect the mortal world for centuries. But when the team is recruited to take on an emergency mission and their extraordinary abilities are suddenly exposed, it’s up to Andy and Nile (Kiki Layne), the newest soldier to join their ranks, to help the group eliminate the threat of those who seek to replicate and monetize their power by any means necessary.

Debuting on Netflix, The Old Guard is led by action star Charlize Theron, who takes on the role of Andy to lead a group of ancient immortal mercenaries to save the world from the chaotic natures of man. Leaning on the thrilling action set pieces, the film continuously asks the viewing audience questions on morality, what’s considered right and wrong. Questions that could spark healthy debates in society.

When you first think about the concept of being immortal, there are many positives that can be listed. However, what stands out in The Old Guard are the negative aspects of such a life, humanizing most of the characters. They want to love, feel, and be cared for just like any other soul, and it’s difficult to not be able to empathize with them. Andy, Nile (KiKi Layne), and Copley (Chiwetel Ejifor) are the 3 main characters that drive this point home. This isn’t a film about superheroes with light fantastical tones of enjoyment. The immortal lifestyle is a nightmare in a sense, and this is displayed in various ways throughout the film. It sheds new light on the mindset that the grass is greener on the other side, making you reevaluate what’s most important in life to hang on to and what you need to let go. As an action fan, that was the element I enjoyed the most. 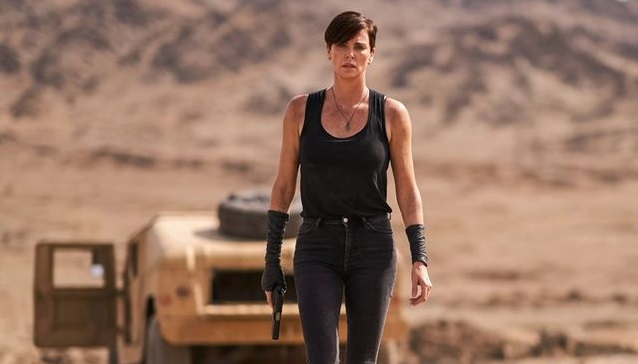 The group of immortals moved as one unit, and it was clear they trained for years to perfect their craft. So, when bullets, swords, and axes are being thrown around to eliminate their enemies, it’s a fun ride that will have you sitting up in your seat.  While they each had a difficult time dying, they still respected life as if they didn’t possess this unique “gift.” While this helped to create moments that had a sense of danger, those moments were brief because of the random song choices used to elevate the scenes. Instead of creating the necessary mood for the scene, the pacing and tone was a bit scattered and jarring, keeping you from fully appreciating the scene in front of you. Leading the audience to possibly wonder, “Ok, are we fighting, or about to dance?” While this is problematic, it isn’t enough to warrant a bad rating.

What is bad about the film is the acting, and this is across the board. I’m not sure if this was due to the directing of Gina Prince-Bythewood (Love and Basketball), but something was missing in the delivery of the lines. There were also too many instances of exposition dumps from the characters, instead of showing the story and how it develops. You could also feel the long length of the film as it dragged past the 2-hour mark, which was completely unnecessary. So much dialogue could’ve been left on the cutting room floor, but it was still included for reasons that are beyond me.

These are minor nitpicks for an overall great film. The immortals had a code of conduct and adhered to it when necessary. They felt human and relatable, and cared about the exact same things that I do in life; which makes me latch on to them even more. I thought the healing factor of their immortality was a bit brutal but served its purpose in the end, which grounded the narrative in some sense of reality. The best part was how the film posed the question of how far is too far when attempting to do the right thing. If you’re an action fan there’s so much to enjoy in this film, and with it being based on a book series I’m anxiously waiting for the next chapter to arrive.

A radical return to Eternia, REVELATION is a direct sequel series to the classic era of MASTERS OF THE UNIVERSE. …
END_OF_DOCUMENT_TOKEN_TO_BE_REPLACED