A couple (Issa Rae and Kumail Nanjiani) experiences a defining moment in their relationship when they are unintentionally embroiled in a murder mystery. As their journey to clear their names takes them from one extreme – and hilarious – circumstance to the next, they must figure out how they, and their relationship, can survive the night.

I wouldn’t say that I’m a huge fan of Issa Rae and Kumail Nanjiani, but I have enjoyed their work in the past. I can’t ever remember a time when I wasn’t at the very least entertained after witnessing their most recent roles. So when news of The Lovebirds first dropped I wasn’t oozing with excitement, but I thought these two actors would provide something worthwhile. Fortunately, that is the case, and much more as these two on screen went off like fireworks. This romantic comedy not only provides a compelling relationship between the two leads that’s honest and pure, it’s also filled with hilarious dialogue and banter that will have you chuckling like you’re being attacked by the tickle monster.

From the first instant you see Leilani (Issa Rae) and Jibran (Kumail Nanjiani) together the chemistry is explosive. They’re a match made in heaven, and the title of the film immediately clicks as the perfect representation of the two. Jump forward in time a few years, and they are still my most favorite couple even when they’re fighting. It’s thrilling just by the way they argue or exchange heated words in a healthy debate. While their relationship is being challenged, it’s one that you’re rooting for to succeed; which helps you attach yourself to the characters. 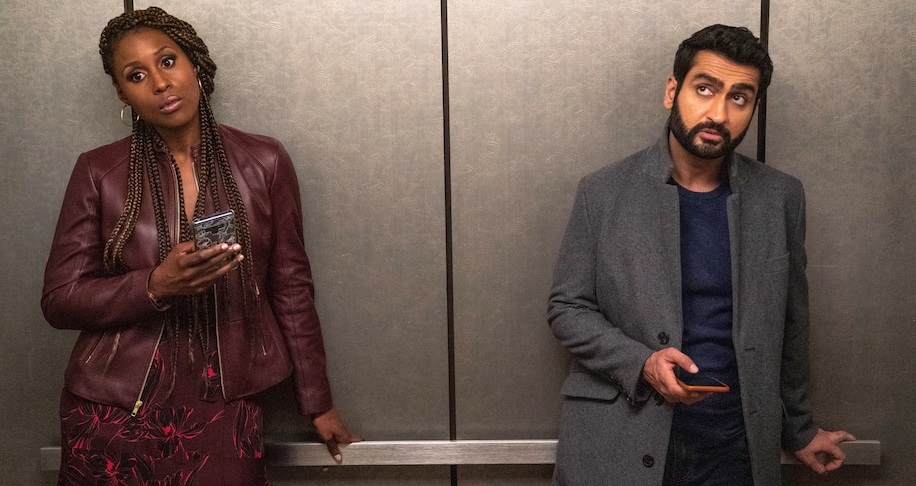 In a sequence of random events their world is flipped upside down as they’re thrown into the middle of a murder mystery. Some of the early decisions that they made will leave you scratching your head in doubt of their level of intelligence, but it is forgiven seeing that this film is a silly comedy not meant to  be taken too seriously. And that’s exactly what it is, a ton of fun with random silly word choices that shines light on the actors’ real personalities. The way they engage with each other feels like there was no script read between the two during rehearsals, and they are just two good friends that happen to get along and are adlibbing the whole time.

The film is the kind of story that no one would believe, but it has that special sentimental value that only these two can share. It’s the kind of story an old couple could tell their grandchildren or be the funny moment told at a party while everyone is exchanging funny tales. The best thing about this film is the ending. It slow cooks throughout the whole film for the ultimate payoff in the end. The Lovebirds is what I call a “cute little movie,” being that it may not be for everyone, but with its innocence and charm there’s still much to take from it.

IN THE HEART OF THE SEA Review