Home » All Day and A Night Review

All Day and A Night Review

As soft-spoken Jahkor Abraham Lincoln (Ashton Sanders) struggles to keep his dream of rapping alive amidst a gang war in Oakland, his ill-fated life and real-world responsibilities drive him further and further across the line of right and wrong with tragic consequences. Landing in prison beside his father, J.D. (Jeffrey Wright) whom he never wanted to be like, Jahkor embarks on an unlikely journey of self-discovery, exploring the events that unite them, in hopes of helping his newborn son break a cycle that feels unavoidable. A powerful film from Black Panther co-writer Joe Robert Cole, ALL DAY AND A NIGHT co-stars Isaiah John, Kelly Jenrette, Shakira Ja’Nai Paye, Regina Taylor, Christopher Meyer and Yahya Abdul-Mateen II.

The notion that life isn’t fair, and/or that everyone is a product of their environment, is the main thesis when it comes to All Day and a Night. This film attempts to have the audience viewer sympathize with our lead character Jahkor (Ashton Sanders) as he tries to live his best life, breaking free of all burdens and shackles that hold him back from his true potential.

It goes without saying that being a Black man in America has always been an uphill battle. To be honest, that’s probably the biggest understatement of the century, but it still holds true. That’s the challenge that Jahkor is left with as he navigates daily life in Oakland, California. I can’t say that I’m necessarily a fan of the Jahkor character, but the performance that Sanders delivers is definitely one to remember. Throughout the film Jahkor is fueled up with frustration, with no productive outlet to release his pain. The life we see him live as a young boy is a testament to this due to him being taught that showing emotion or discomfort is a weakness that needs to be purged. This mindset plagues the Black community, unfortunately, and this film does a decent job of expressing that. 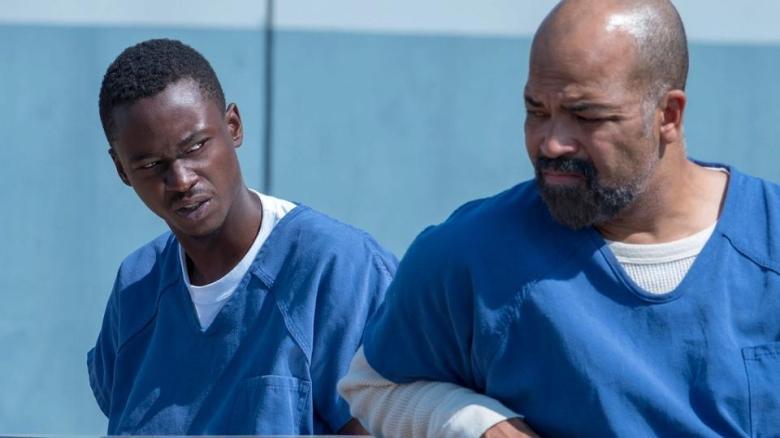 Now while Sander’s performance is stellar and reaches new heights of praise through visible representation through various mannerisms, it goes even higher with his narration in the film. It’s truly poetic dialogue that hit me to my core. When Black life is expressed through prison scenes saying that the only difference from the inside to the outside you’re able to see the prison walls speaks volumes. [EA1]

However, there is a downside to the narration. While it lifts up Jakhor’s character, giving you a glimpse of his mental state, it pushes the overall story arc to the back seat. While I understand Black life, and can relate to the character, I never felt like the surrounding environment was the proper display of the everyday struggle one would go through in the so-called “hood.”

All Day and A Night Video Review:

All Day and a Night Trailer:

In an underworld of weapons dealers and traffickers, a young boy becomes the pawn in a war between notorious drug …
END_OF_DOCUMENT_TOKEN_TO_BE_REPLACED